Movies to See with Your Kids This Fall

Pan (releases October 9, 2015): No one wants to grow up, which is why the Peter Pan story never gets old. In this new movie, learn about the origins of Peter Pan and how he became the legend we know him to be today.

Jem and the Holograms (releases October 23, 2015): Four sisters are flung into fame after a video of their music is posted on the internet. But with the fame, the bonds and relationships  they hold closest are tested. This movie takes you on a journey that will make you rethink who you are and what you choose to be.

Goosebumps (releases October 16, 2015): Back in the early ‘90s R.L. Stein’sGoosebumps series was the biggest thing at school book fairs and library trips. Maybe you read some, maybe you remember reading them to your siblings, or maybe you helped your kids pick them out. Regardless, this Halloween season, Sony Pictures Entertainment and Jack Black bring the spookiness ofGoosebumps to life. It’s a great alternative to a scarier movie on Halloween night.

The Peanuts Movie (releases November 6, 2015): For Thanksgiving you may be ripping out the old classic, A Charlie Brown Thanksgiving, but you don’t have to wait that long to see Charlie Brown in action. In this 3D film, a new kid moves to town and Charlie Brown gets another chance to prove he’s a winner. Join in to watch all of your favorites—from Lucy and Snoopy to Peppermint Patty.

My All American (releases November 13, 2015): It may not be the Crimson Tide, but it is football. Catch this heartwarming movie about sportsmanship and determination, as a young athlete—seemingly too small to compete—makes it in college football.

The Hunger Games: Mocking Jay—Part II (releases November 20, 2015): In the fourth and final movie of the series, Katniss Everdeen brings her fight to the Capitol. Finally she must take on President Snow and defend the current and future freedoms of the people of Panem.

The Good Dinosaur (releases November 25, 2015): Pixar has done it again! Imagine a world where humans and dinosaurs existed together. Imagine dinosaurs replacing dogs as man’s best friend. In this heartwarming tale, see a young boy bond in friendship with a good dinosaur and combat the elements of earth’s earliest periods. 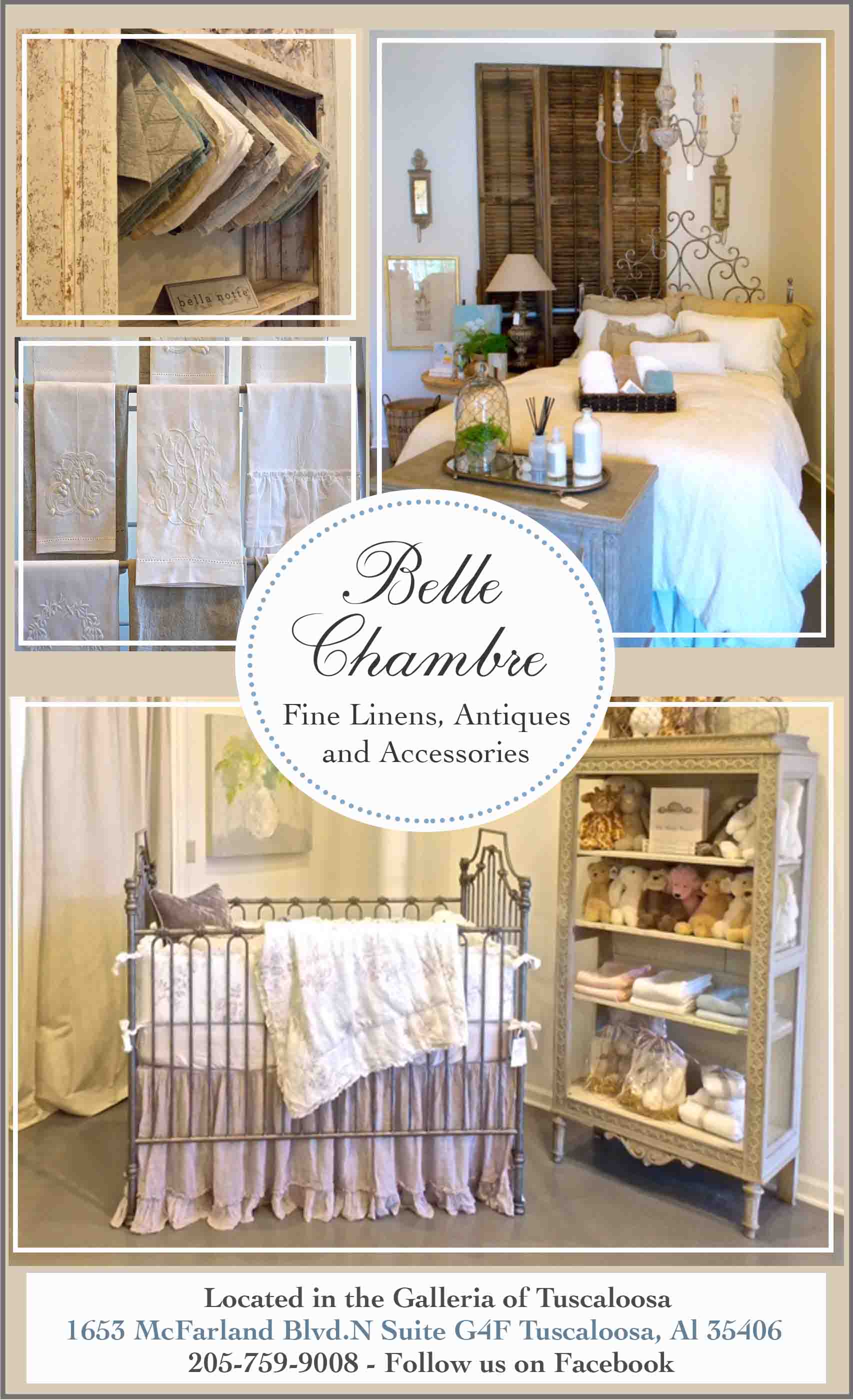 While it’s just a car drive away to visit the movie theater and watch the latest blockbuster, there are some serious downsides that have more people staying at home. Sites like Netflix have more and more people dodging the crazy concession prices and forgoing the buckets of popcorn for a more relaxed experience. If you’re one of these people, we’ve got some suggestions for you. Check out these movies that don’t disappoint and don’t come with the couple making out two rows under you (thankfully).

Why start with a movie you’ve probably already seen? Because, it’s a classic. And you cannot go wrong with Ferris Bueller played by a young Matthew Broderick. Maybe this time you’ll be able to figure out just what Ferris does to get away with all his stunts. Maybe not.

This 2012 blockbuster was one that people just wouldn’t stop talking about. Freed from slavery, Django (Jamie Foxx) travels cross country in search of his wife. Leonardo DiCaprio didn’t get an Oscar from this movie either, but he does play an evil plantation owner. Graphic but gripping stuff.

The title should be enough to grab a popcorn bowl, but we’ll elaborate. Two children discover a magic board game, Jumanji. They meet a crazy guy who has been trapped in the game for years. He’s played by Robin Williams. Now go, watch (again, probably)!

Carol Soloman (Lake Bell) is a vocal coach, but her dad’s already made a name for himself in the industry, and she’s just getting started. Overshadowed and unappreciated, Carol’s big gig finally comes and it’s everything she’s ever wanted. As an indie rom-com, this movie ain’t half bad.

This cute animated movie features a super smart dog, Mr. Peabody, and Sherman his human companion. The two time travel and find adventure along the way. Inspired by Rocky and Bullwinkle, there’s enough cuteness and happenings going on here for the whole family to enjoy.

Article sponsored by Plus One Tactical.

Find them on the web at: http://www.plusonetactical.com 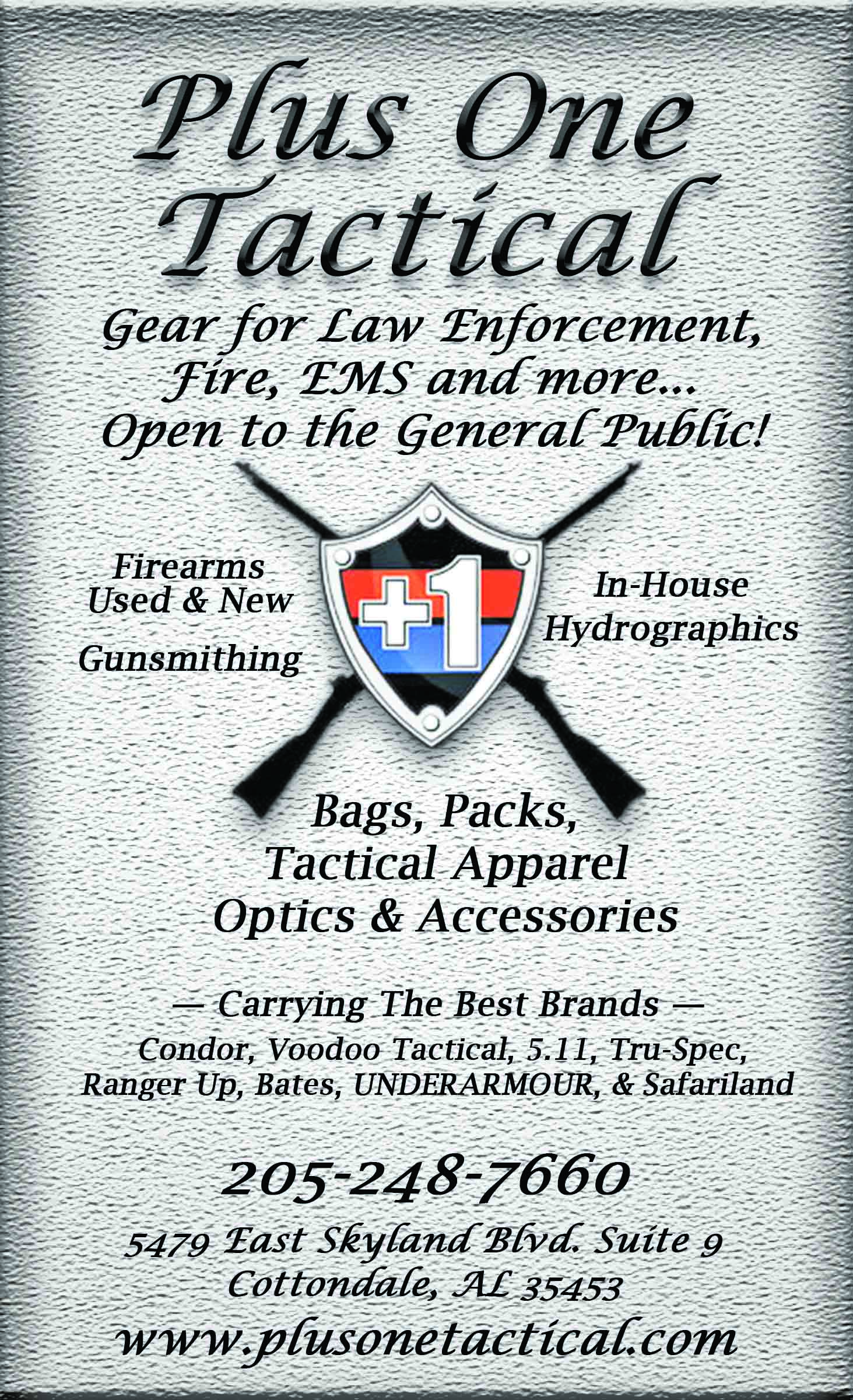 It’s called Sweet Home Alabama for a reason – it’s sweet and it’s home to almost five million Americans. Alabama has a story unlike any other state in the nation, which is probably while the silver screen is always drawn back to the southern roots that run deep through the Alabama dirt. The movies below were all set in Alabama and are classics that shouldn’t be missed.

To Kill A Mockingbird

Perhaps one of Alabama’s biggest literary accomplishments comes to life in the movie named for the book “To Kill A Mockingbird.” Anyone who’s ever survived a high school English class knows the deal. Atticus Finch (Gregory Peck), lawyer father to Scout (Mary Badham), is to defend a man who has been falsely accused of sexual assault. Scout attempts to navigate through her childhood while confronting the world around her. The classic highlights the struggles of overcoming racism and ignorance all while set in Monroeville, Alabama.

Ed Bloom, Jr. has lived in the shadow of his father’s tales and legends throughout his entire life. Based on the novel “Big Fish,” Ed (Ewan McGregor) relives the stories told to him order to find a way to reconnect to his dying father. Directed by Tim Burton, Big Fish has Siamese twin dancers, a town that walks around only barefoot and, of course, one really big fish. Tumbling through a fantasy world that only gets confusing if you ask too many questions, Big Fish doesn’t rely on making sense. Which only makes sense, in the end.

Alabama natives are given a birth certificate and a copy of Forrest Gump when they enter the world. True? No, but it should be. Forrest Gump (Tom Hanks) is a man with a low I.Q. who has life experiences that can only be classified as legend. Forrest’s story includes a miraculous spinal disease cure, making it through an all-girls’ dorm, making it through Bear Bryant’s coaching, making it through Vietnam and then making a shrimping company for kicks. Set in Greenbow, Alabama and with unforgettable characters like Bubba (Mykelti Williamson), Jenny (Robin Wright) and Lieutenant Dan (Gary Sinise), Forrest Gump is a movie for the ages (all of them).

Evelyn (Kathy Bates) is down and out about her body, her marriage and her life. Then, she meets Ninny (Jessica Tandy). Ninny introduces Evelyn to Ruth (Mary-Louise Parker) and Idgie (Mary Stuart Masterson) through her stories of the two women who used to run the Whistle Stop Café. Based on the novel, “Fried Green Tomatoes,” the film adaptation is just as delicious. Ninny tells Evelyn of Idgie’s adventurous ways and of Ruth’s steadfast friendship that inspires Evelyn to change for the better. This classic never disappoints and is set in Anderson, Alabama.

Melanie (Reese Witherspoon) has changed. After leaving her hometown of Pigeon Creek, Alabama, she becomes a fashion designer from Greenville, Alabama and never looks back. Until she gets engaged. Before she can marry her groom-to-be, she has to divorce her high school sweetheart, Jake (Josh Lucas). When she comes home, Melanie discovers she’s not the only thing that’s changed. “Sweet Home Alabama” shows just how deep the Alabama roots can be, even if you have grown wings. 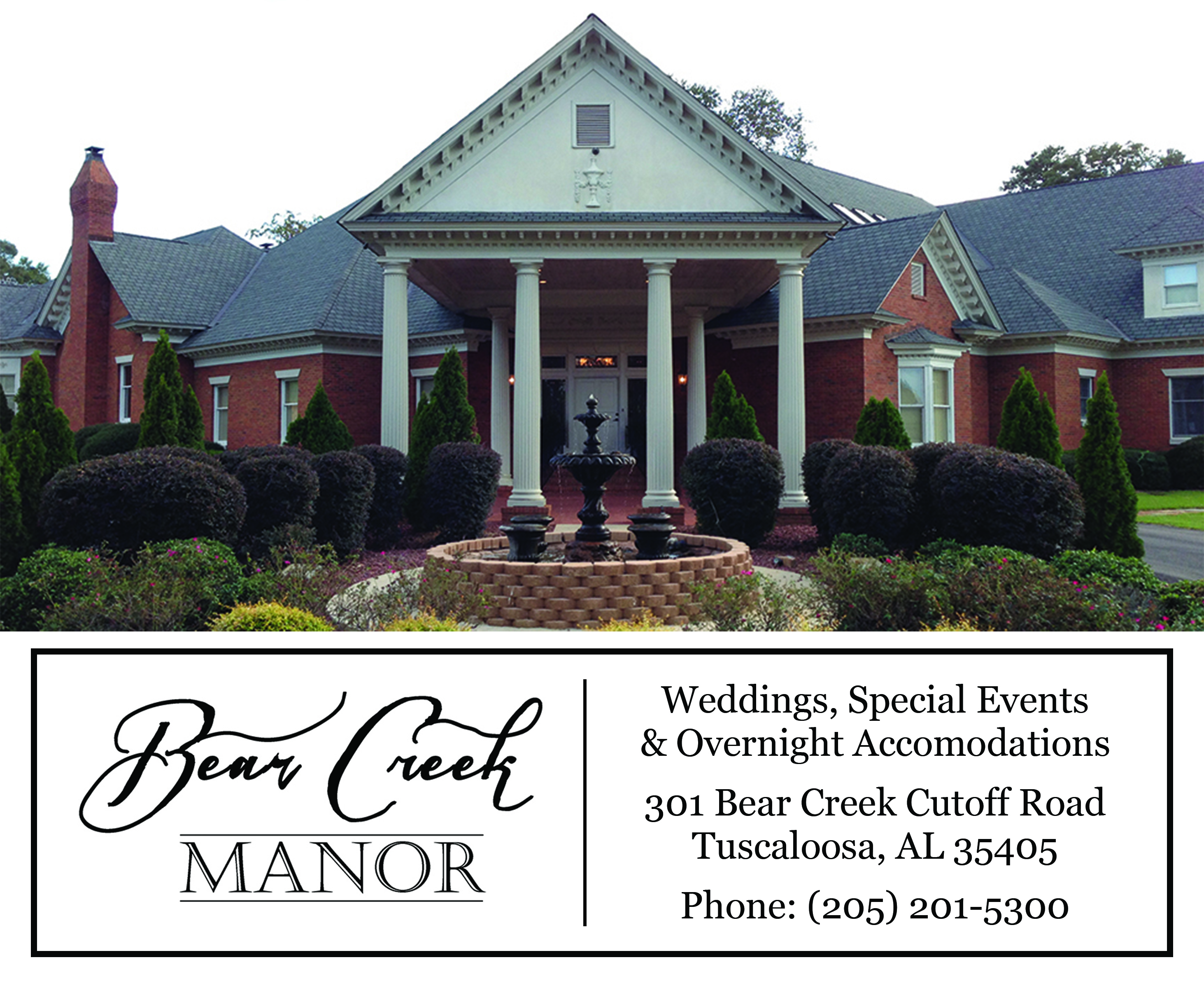 The temperature for July easily stretches toward the hundreds and sometimes, outdoor fun just isn’t worth the sweat stains. To save you some body stress and worry, we’ve listed July’s top movies to watch for. Instead of applying the sticky sunblock, apply to some butter to your popcorn, sit back and relax.

Creating a different kind of heat is the sequel to Magic Mike, “Magic Mike XXL.” The second installment of the Magic Mike line sees Mike three years after he left his stripper job while he was in serious demand. “Magic Mike XXL” follows Mike and the Kings of Tampa as they visit Myrtle Beach for a last hurrah. In other words, hunky Channing Tatum and other hunks with abs go to beach and look even hunkier than thought possible. Hunks all around, people.

Despicable Me’s minions have finally received their own movie, and we hope it to be everything you wished for. More specifically, minions Stuart, Kevin and Bob are taken up by Scarlet Overkill (voiced by Sandra Bullock). She and her husband, an inventor named Herb (voiced by Jon Hamm), have the age-old plot to take over the world. Maybe Stuart, Kevin and Bob will stop them?

A small town tries to honor the anniversary of a tragedy that occurred during a school play 20 years before. Years ago the lead actor, a boy named Charlie, died on stage due to a prop malfunction. The resurrection of the play turns out to be a really bad idea – go figure. Creepy and dark, the movie utilizes the horror home-video aspect that adds suspense. Go watch if you dare.

Growing up, Amy’s father chanted to her that “monogamy isn’t realistic. Years later, Amy is doing what she likes, when she likes it, while working at a men’s magazine. Then she meets Aaron, who actually wants a relationship – which isn’t in Amy’s playbook. Amy Schumer and Bill Hader star in what the movie’s trailer dubs the film “not your mother’s romantic comedy.” Which is enough reason in itself to go see.

Marvel is back in action after the second Avengers with “Ant-Man.” Scott Lang (Paul Rudd) is a con-man. After being watched closely by Hank Pym (Michael Douglas), Scott is sprung from prison in order to become the ultimate soldier (well, kinda). Armed with a suit that can shrink to the size of an ant, but has unmeasured strength, Ant-Man comes alive. Then he has to fight this guy named Yellowjacket (Corey Stoll). Fun stuff.

Margo Roth Spiegelman is not your average girl next door. But ever since Quentin saw her, he’s been hooked. One night, Margo needs a get-away driver and Q’s hand-me-down minivan is the vehicle that will get the job done. The two avenge Margo’s cheating boyfriend in a memory-filled night, and then Margo goes missing. Q and his friends set out for the road trip of a lifetime to find Margo and learn about themselves along the way. Based on John Green’s novel “Paper Towns,” the movie stars Cara Delevingne and Nat Wolff.

Find them on the web: https://www.dchsystem.com 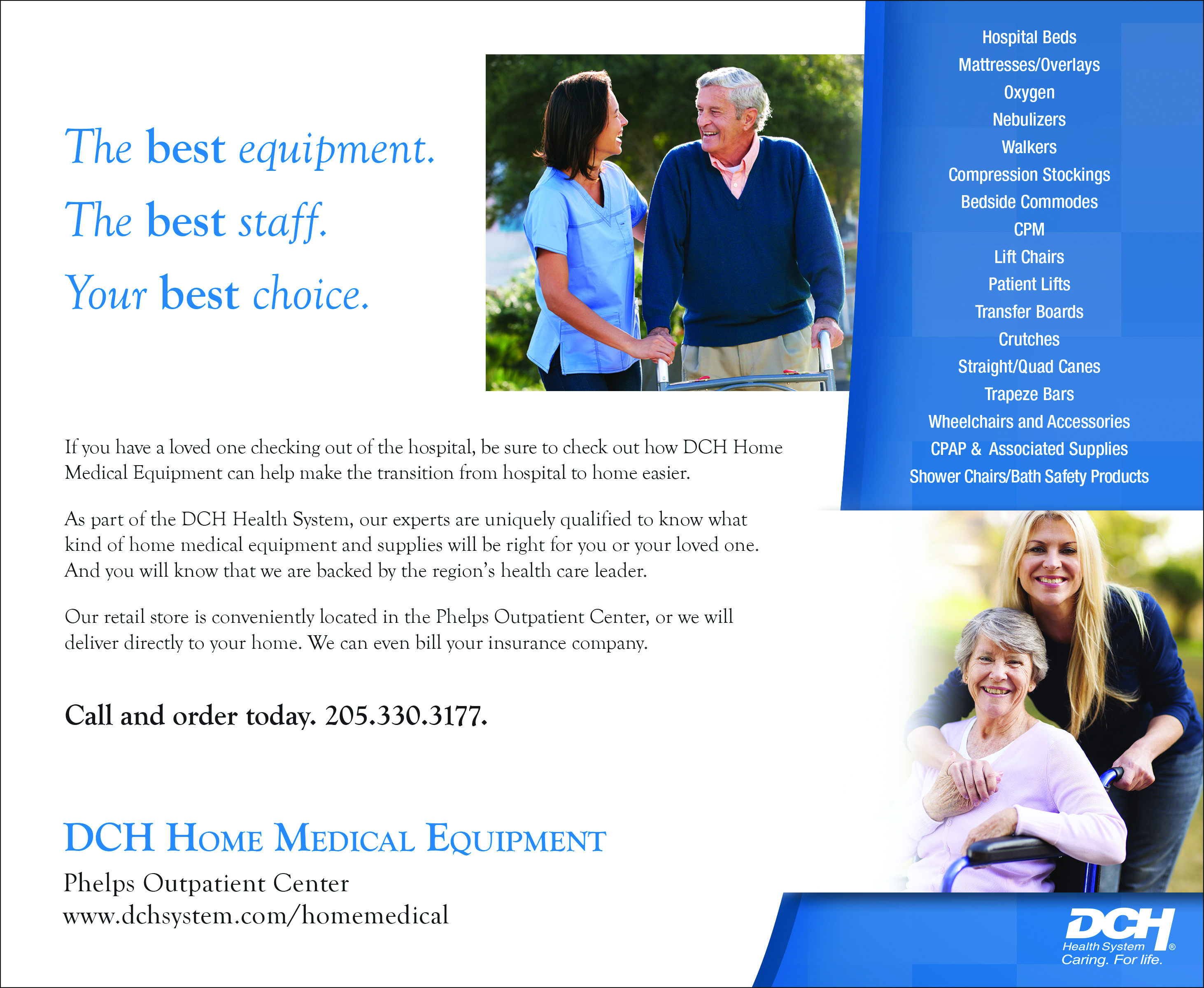 Prizes from Iron Bowl tickets to a Big Screen TV to a GoPro! https://t.co/fHdCy3eN8P

Give Life to Your Story: Your Teenager Craves Your Attention

Lake Living: Reasons to Nurture You...

Give Life to Your Story: Your Teena...